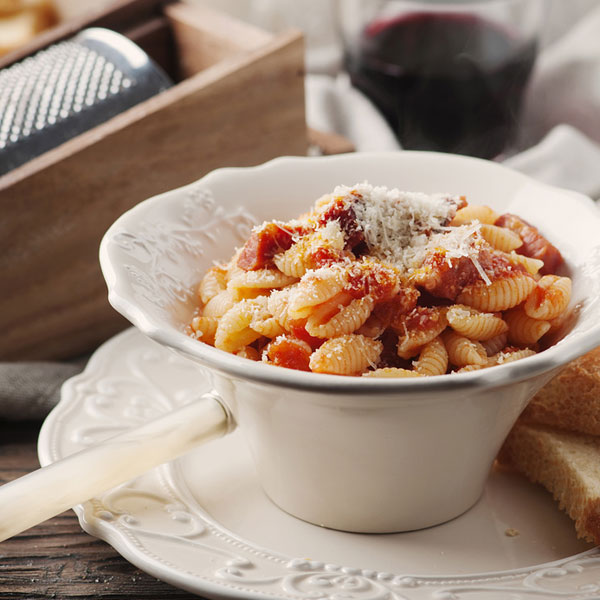 Nowadays, the historical origin of pasta is still unknown.
Once, it was thought that Marco Polo brought it back from China, but this idea has been abandoned.
Pasta is an important dish in the Italian diet. Perhaps, it was introduced in Sardinia by the Arabs which were frequent visitors of the island, and it became the main food for poor and hungry people due to its cheap price and facility to store.
The Sardinians have taken advantage of this product to create simple but tasty dishes like the Fregola, the Malloreddus, the Culungionis which represent the uniqueness of the island.

Let's not forget about the rice... which reminds us of the hard life of the Mondine (rice women) who used to pick up the rice, kept in conditions of squalor. Fortunately, the modern techniques no longer require such a human sacrifice.

Sardinia has contributed to the creation of delicious dishes that can satisfy any palate.
The Risotto with Botargo and the Saffron Risotto are two recipes which symbolize the authenticity of the Sardinian typical gastronomy.

Look at the catalogue

Find out more about...