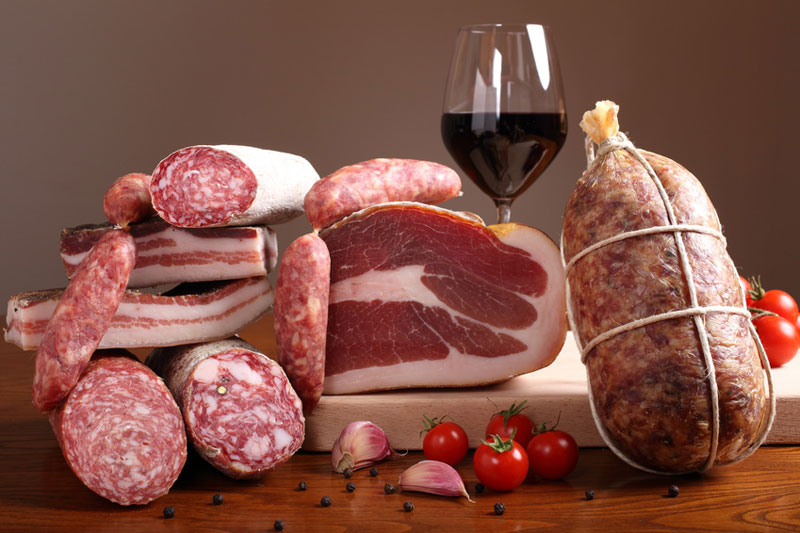 Sardinia is characterized by its simple, wholesome, tasty food: a variety of cured meats, well represents the spirit and the Sardinian art of "good food", whose Barbagia - mountainous region of Central Sardinia - is an important center of ancient gastronomic traditions.
The cold and wind of these places have always conditioned the production of cured meats of this land.
The tradition of the packaging, in fact, has deep ties to the climate. The origin of the production comes from the need to preserve meat for long periods, and probably in antiquity the first preservative factor that was used was the cold weather that characterize Central Sardinia.

The tradition stipulated that the best time for the pig slaughter was the be1ginning of winter. The cold was the first element as a preservative and as a result the preservation process was completed by applying the traditional treatment, which provided for the addition of salt and spices to the meat.
It is undeniable that the microclimate of Sardinia gives to meats a specific aroma and taste: the winds, which carry with them the flavors of the woods and the scents of herbs definitely have an important role in the taste of these appetizing and tasty products.

Look at the catalogue

All the products of this section (5)
Special offers (4)